You are here: Home » Testimonials

Tweet
Hi Stephen,
Thanks so much for coming to see us the other day, I found it incredibly useful and am already seeing some benefits.
We have had quite a few different children round and each time I have been quite strict in telling them to ignore her. Problem is, she is now trying to get attention from them, but not in a bad way!
I have done quite a bit of lead work with her – with mixed results, but I will persevere. I have done some of the other exercises too – which she loves.
I will carry on and give you a shout if I need further help.
Thanks again
Clare
Hi Steve Ted has been very good since we last saw you (i know its only been a couple of weeks). Even my dad who walks Ted a couple of times a week for me has noted how good he has been lately and has been taking him out for longer and further afield. I even came home on Friday night and he had walked him when i hadn’t asked him to and it normally requires a fair bit of bribery to get him to walk Ted lol.  As you suggested I’ve started using variable rewards (treats) and using praise in between although i don’t think Teds that impressed and I’ve had a few nudges of the hand and plenty of glaring at me when we pass a dog and he thinks he should be rewarded with a tasty treat!

Thanks for all your help

We first met Steve with china our english bull x rescue she has quite a few different issues which include chase issues dog aggression and meeting and greeting people. Steve was brilliant with us all and we feel so relaxed around Steve and he has a wide range of knowledge and many ideas in his box of tools to help many different situations not only that but what I found great was Steve is only a text or e mail away if issues arise in between lessons and he is more then happy to help. Thanks Steve for all you help and letting me bounce ideas off you.

Just wanted to give you an update on Caeser’s progess after our session with you back in October.  I am really pleased with the effects that hour had on both of our lives!

I have become more confident in handling Caeser, which he obviously feels as he is far less nervous in situations where he is uncomfortable.  I have started to use shorter leads on both the dogs when out walking so no more getting tangled up by long leads.  I use treats more now as a reward and focus for attention.  I have been unable to set up any situations with friends although we have had several unexpected situations occur anyway.

We have meet several dogs who have come off their own property and started following us but with the aid of a tasty treat I have been able to focus Caeser’s attention on me and not the other dog, I also keep the lead loose and therefore don’t transmit my tension down the lead.

The best behaviour occurred a couple of weeks ago when two dogs came running out of their garden through a hedge into the field where we were walking, both of my dogs were still on lead and remained so which was just as well as we then came accross a friend pushing a pram and walking her dog up the lane. We were not close enough to speak and she had not seen me but my dogs could she her and Caeser started to pull, I did an about turn only to find her sister following behind, so another quick about turn and more treats and encouragement and both dogs became focused on me!

I know we still have a long way to go but Caeser does not pull as much and is not as strong, so I feel good progress is being made. Also training with my dad is going well and he is finally listening to me and having good results with the dog. Thank you so much for your help it has really help me to help Caeser.  I am always open to more training and I will review the situation in the new year.

Thanks for this Steve, your clarification about how to approach with inexperienced guests is very helpful. I’m glad to say that there seem to have been no “after effects” following your visit – he’s not edgy or acting up, which was what we had half-expected. It was good to have confirmed belief in his potential. We know that it will be down to us to create the opportunities and structures for him to grow in confidence.

Trust me, you’ll be hearing from us!

Charles & I would like to say thanks so much for our 1-2-1 session with Gracie last Friday. It gave us lots to think about & we have been putting your advice in to practice! I thought I would let you know how she is getting on. She is jumping up much less & she either doesn’t jump up at all or sometimes when it looks like she is going to jump up she thinks twice about it & ends up doing a little hop! (I think she did this on Friday a couple of times).

She always jumped up a lot at our daughter’s boyfriend & so we told him about turning round & she is loads better with him now – he was very impressed with the change in her. 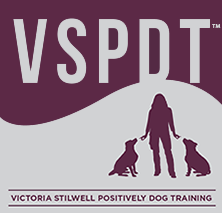